Hollywood legend Paul Newman has lost his battle against cancer. He died on Friday aged 83.

Jeff Sanderson , his publicist, said the star, who was nominated for Academy Awards 10 times and won an Oscar in 1987 for his role in The Colour of Money, died after a long battle with cancer at his farmhouse near Westport, Connecticut. He was surrounded by his family and close friends.

Newman appeared in some 60 movies, including Cat on a Hot Tin Roof, The Hustler, Butch Cassidy and the Sundance Kid and The Sting. Famed for his philanthropy as well as his acting, Newman was married to Oscar-winning actress Joanne Woodward for more than 50 years, and had successful side careers as a racing driver and creator of a line of food products, Newman’s Own, that bore his name and face on their labels.

The Newman’s Own Foundation took profits from that company to sponsor numerous charitable organisations. Newman also founded his Hole in the Wall Camps, which provided fun summer breaks for children around the world suffering from life-threatening illnesses.

Newman was born in a Cleveland suburb on January 26, 1925, and was a Navy radio man in the Pacific during World War Two.

Afterwards, he went to Kenyon College in Ohio on a football scholarship, but took up acting after being cut from the team because of a bar-room brawl.

After his father’s death, Newman helped run the family sporting goods store before heading to the Yale Drama School. He ended up in New York, finding bit parts in TV and a Broadway role in Picnic in 1953. His first big film role was portraying boxer Rocky Graziano in Somebody Up There Likes Me.

He went on to become one of the world’s most enduring and popular film stars, a legend held in awe by his peers. He had big roles in more than 50 movies, including Exodus, Butch Cassidy and the Sundance Kid, The Verdict, The Sting and Absence of Malice. In doing so he worked with some of the greatest directors of the past half century, from Alfred Hitchcock and John Huston to Robert Altman, Martin Scorsese and the Coen brothers.

With his strong, classically handsome face and piercing blue eyes, Newman was a heartthrob just as likely to play against his looks, becoming a favourite with critics for his convincing portrayals of rebels, tough guys and losers. “I was always a character actor,” he once said. “I just looked like Little Red Riding Hood.”

Newman had a soft spot for underdogs in real life and, as well as his acting legacy, dedicated much of his life to charity work. Robert Forrester, vice chairman of Newman Own, the foundation founded by the actor in 1982, said: “Paul Newman’s craft was acting. His passion was racing. His love was his family and friends. And his heart and soul were dedicated to helping make the world a better place for all.

“Paul had an abiding belief in the role that luck plays in one’s life, and its randomness. He was quick to acknowledge the good fortune he had in his own life, beginning with being born in America, and was acutely aware of how unlucky so many others were. True to his character, he quietly devoted himself to helping offset this imbalance.”

Forrester said Newman’s work had raised $250 million and helped thousands of children worldwide suffering from life threatening conditions with his 11 Hole in the Wall camps.

“He saw the Camps as places where kids could escape the fear, pain and isolation of their conditions, kick back, and raise a little hell,” added Forrester.

“Through the Camps, well over 135,000 children have had the chance to experience what childhood was meant to be.”

I Havent seen alot of his older films but the one I did see him in was 2002's Road To Perdition with Tom Hanks. It is an awesome film and a must buy.

May he rest in piece. 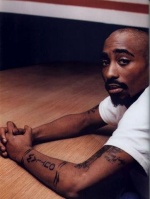