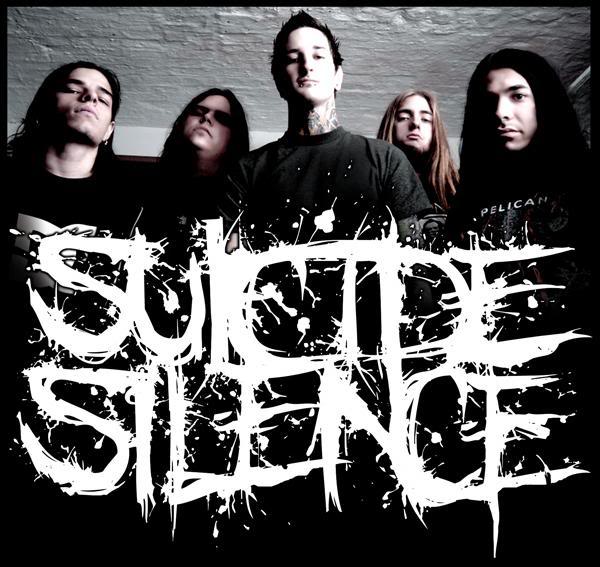 Though founded in 2002, Suicide Silence released their EP in 2005 and their first full-length album, The Cleansing, only in 2007. The album was recorded with producer John Travis (Static-X) and mixed by Tue Madsen (Himsa, The Haunted). The album debuted at number 94 on the Billboard 200[1], selling 7,250 copies the first week, and became the second highest selling artist debut in Century Media history.[citation needed]

Prior to signing to Century Media, the band released self-recorded demos in 2003 and 2004, and in late 2005 the group put out their first quality studio-recorded release, the Suicide Silence EP[2][3] which was released in the U.K. by In At The Deep End Records and in the U.S. by SOS Records. The band was added to the Mayhem Festival that took place summer 2008. They toured Europe with Parkway Drive and Bury Your Dead, following a successful U.S. tour with the same bands.

Yeah, I've liked this band for several years now. They're coming out with a new album this year which should be fantastic. Their last album they recorded live, if any of you know what that means. They didn't record separate tracking for each instrument, instead they all played together and put that out as an album and it is amazing.

Although, if you don't like this kind of music it isn't easy to bear. I think they're one of the best death metal bands out there today. They have a lot of elements in their music and really stand out in the scene.
_________________

I have never minded them that much, I'll give a listen. I can already say The Cleansing is an awesome album.

I say them live in November with parkway Drive.

We didn't need SS to make them look like pussies >_>

Like, I don't get how people can brag on how "heavy" and "brutal" Slipknot is, and then listen to a band like Suicide Silence and not want to retract their statement.

Death metal ftl, it's just ranting and screaming and guitar thrashing. No melody and many of the shit sounds the same. Just my opinion though.
_________________

Please, if you don't like the genre...stay out of the metal genre area.