My personal favorite band. We got any fans? Loved the new album by the way

Metallica ... Of course. Except for st anger that is.

Metallica is awesome, "All Nightmare Long" is a pretty cool song. I can't wait to get there new album

Ty wrote:Metallica is awesome, "All Nightmare Long" is a pretty cool song. I can't wait to get there new album

Yeah you definitely need to hook yourself up with that one, it's great. "All Nightmare Long" and "The Unforgiven II" are amazing......well all of them are amazing but I thought Cyanide was the weakest track.

Death Magnetic was really good, I liked it more than Kill Em All. Metallica are a great band, I'm hoping to hear more basswork from Rob in future albums as he is the best bassist ever in Metallica.

From : "The Top 15 Album Acts of the bar-code era"
http://new.music.yahoo.com/blogs/chart_watch/14982/chart-watch-extra-the-top-15-album-acts-of-the-bar-code-era

It's quite an interesting read, about the Nielsen/Soundscan charts, which is based on actual record sales as opposed to shipments(which the Recording Industry of America's list [where the gold, platinum, diamond distinctions come from] ) My personal favourite artist, Garth Brooks, tops the list, but anyway, on to Metalllica

To paraphrase the famous subtitle of a 1960 Elvis Presley compilation, 50,000,000 Metallica fans can't be wrong. Metallica this week becomes the first hard-rock band-and only the fifth act overall-to top the 50,000,000
mark in album sales since Nielsen/SoundScan began tracking U.S. sales in May 1991.

5. Metallica, 50,111,000. Metallica is the highest-ranking hard rock act on the list. (AC/DC is runner-up at #26.) Metallica is on this year's short-list for induction into the Rock And Roll Hall of Fame. The band has four albums in the top 200, topped by 1991's Metallica at #2. That album spawned five chart hits, including "Enter Sandman." Metallica first charted in September 1984 with Ride The Lightning. Original bassist Cliff Burton was killed in a bus crash in 1986.

Metallica are one of if not my favourite band. Favourite albums, Master of Puppets and ...And Justice For All. Death Magnetic is great.

PUDDLES420 wrote:Metallica are one of if not my favourite band. Favourite albums, Master of Puppets and ...And Justice For All. Death Magnetic is great.

Ride The Lightning has always been my favourite album although there first three are pretty faultless. I like a few from their crappy years too (i.e. post Black Album) especially Garage Inc. Thought that was a thoughtless but pretty good album. You know a bands struggling if they release a covers album lol. Lucky they got back on track. 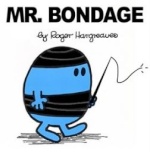 Wat can i say Legends

Metallica are defo my all time favourite band i started listening to them when they released St Anger i thought it was a great album, I think i got all their studio albums my favourite is the Black Album my fav song by them is One and i cant wait to see them in February on their UK tour its going to be awesome.

I used to think Kirk was the greatest, but this was before I developed an ear and realized his bends were off pitch and he has an awful tone. Some cool tunes on those first 3 albums, and Cliff was definitely a metal mother, but the bands that influenced Metallica are better than them. Metallica, kind of like AC/DC, became more of a product than a band after all the youthful energy was shot. 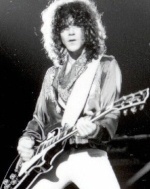 I liked them at a very young age when their music was good. I sampled Death Magnetic and it's pretty bad. Hetfield is BAAAAD.